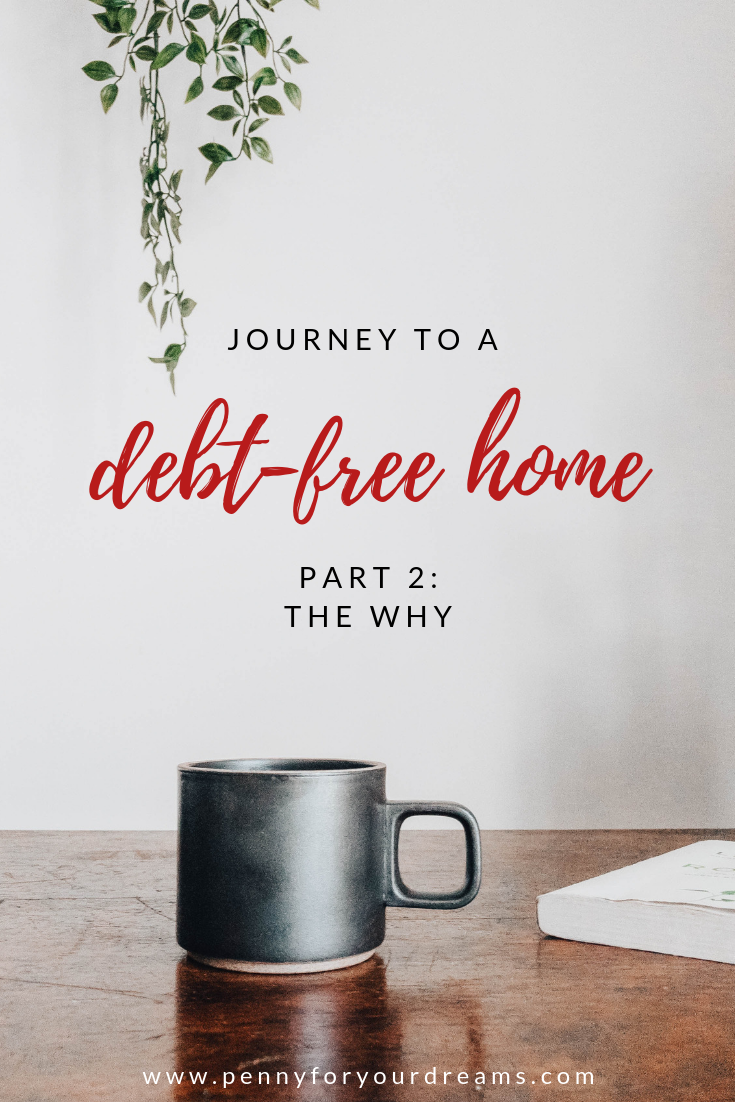 Along with the questions of how we’re planning to own our home free and clear, Benj and I have also received questions about why we’re taking this path. So today, I’ll be sharing our reasons for pursuing debt-free home ownership.

If you didn’t have a chance to read Part 1: The Plan, I’d recommend reading that post

first for some context. Below is the 5-part series I’m writing about our journey to a debt-free home. I’ll be adding more installments as we have life updates to share.

Don’t forget to leave me your questions down in the comments section so that I can answer them in future posts! 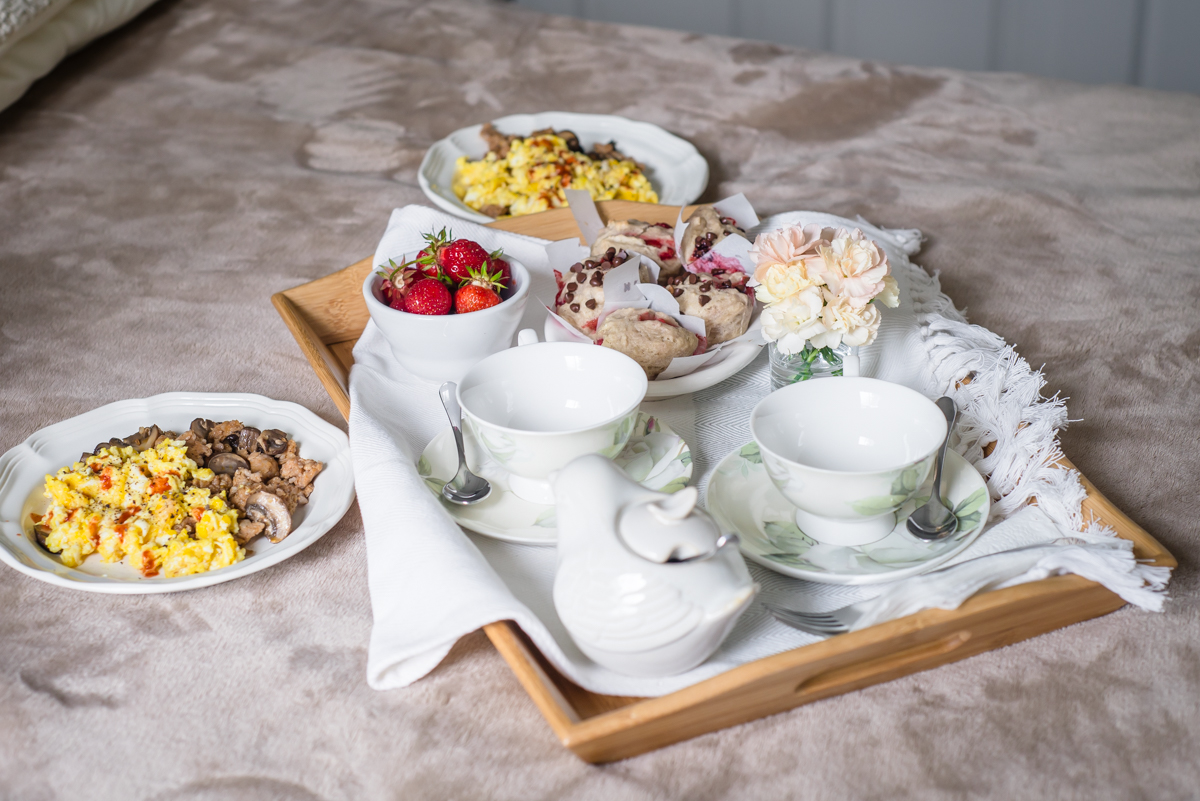 Our Debt-Free Home Journey: The Why

What would it be like to have no mortgage payment or rent to pay every month?”

As I mentioned in my last post, that simple question is what started us on the path toward debt-free home ownership. Answering it completely changed our financial outlook.

Have you ever stopped and thought about it yourself? How could answering that question impact your family’s future?

When your mortgage is paid off early, a good chunk of your monthly income is freed up. The dollars that were previously going toward repaying the bank are now at your disposal.

You no longer have to pay hundreds of dollars in interest on a monthly basis. That gives you amazing flexibility! Imagine what you could do with an extra $1,000 (or more) every single month… Your dollars have a lot more power when they aren’t tied up in paying off debt or in paying a mortgage.

Think about how quickly you could save for your next home, how much you could invest for the future, and how generously you could give to those in need. Doors open that were previously closed to you.

Benj and I are following Dave Ramsey’s Baby Steps. Currently, we’re up to Baby Step 6, which is to pay off your home early. We’re also technically on Baby Step 3b, which is to save for a down payment on a house.

However, we’ve saved more than the standard 20% for a down payment. So until we actually buy a home, I guess we’re somewhere in limbo on the Baby Steps.

We’re excited to get to Baby Step 7: building wealth and being able to give like never before! That is where we’ll see the power of freed-up dollars really kick in. 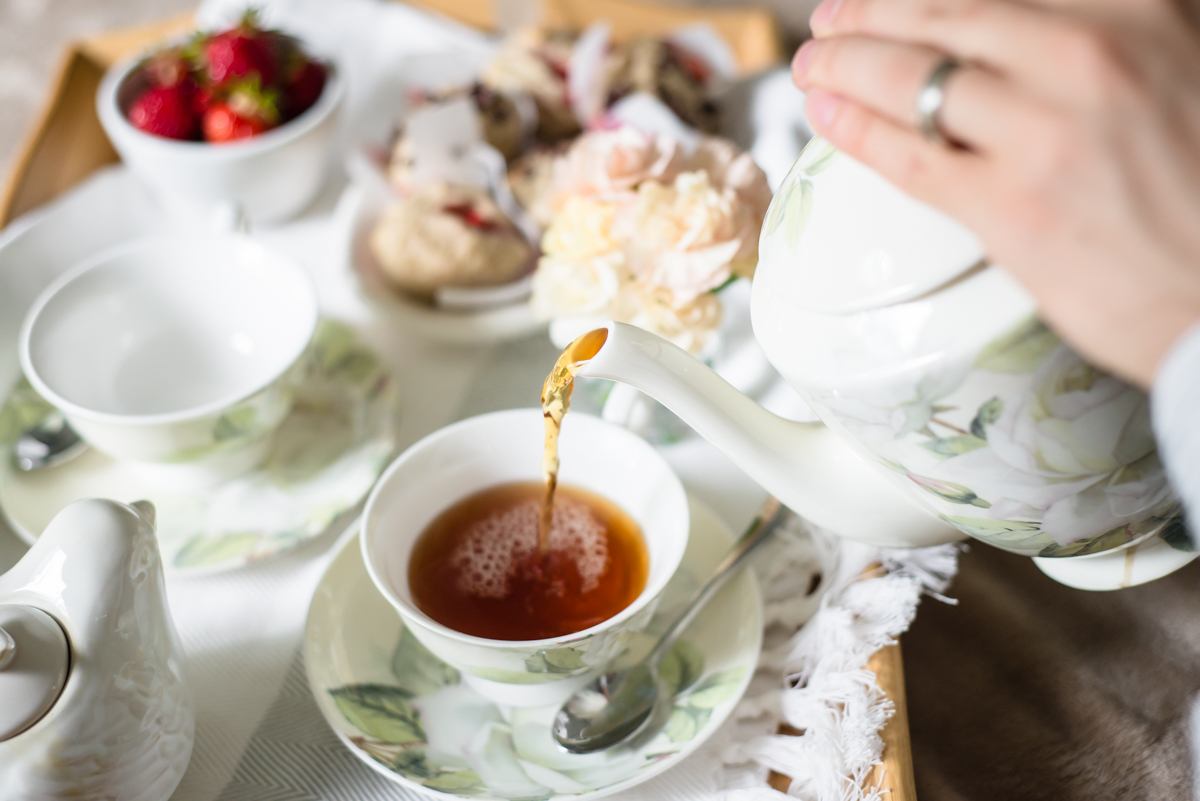 Fair warning: this is the nerdy part! When Benj and I spent time studying amortization schedules and plugging in various numbers, two things really stood out to us.

Let’s do a little math together.

We purchase a home that costs $170,000 (the amount we’re currently planning to spend), and pay it off early, as planned. Let’s say that we take out a 15-year fixed loan and put 65% down ($110,500), like we’re planning to do. The current average interest rate is around 4%, so we’ll use that percentage. Assuming we make the necessary extra payments in order to pay it off by our target date (October 27, 2019), it would mean:

We purchase a home that costs $170,000 (still the amount we’re currently planning to spend), but choose not to pay it off early. Again, let’s say that we take out a 15-year fixed loan and put 65% down ($110,500). We’ll stick with the same 4% interest rate for the sake of comparison. Assuming no extra payments were made, it would mean:

Most of the interest is paid on the front end of a loan. That’s why paying off a mortgage early can benefit your financial freedom in a big way!

To further explain my point about the amortization schedule, I’ll give you one last scenario. A couple purchases their first home and takes out a $200,000 mortgage with a 30-year term at a 4% interest rate. They live there 10 years.

In the beginning, about 70% of their payment was interest, but 10 years later, it was down to about 55%. They start to make more headway as they pay down the principal! Then, they sell their first home and purchase a larger one, starting the 30-year mortgage process all over again.

Their traction slows down because 70% of their payment is interest again. Less money is paid toward the principal. After 10 years of making payments, this couple only paid off about $32,990.79 of the principal. How much did they pay in interest? Unfortunately, a whopping $112,100.43! Ouch. 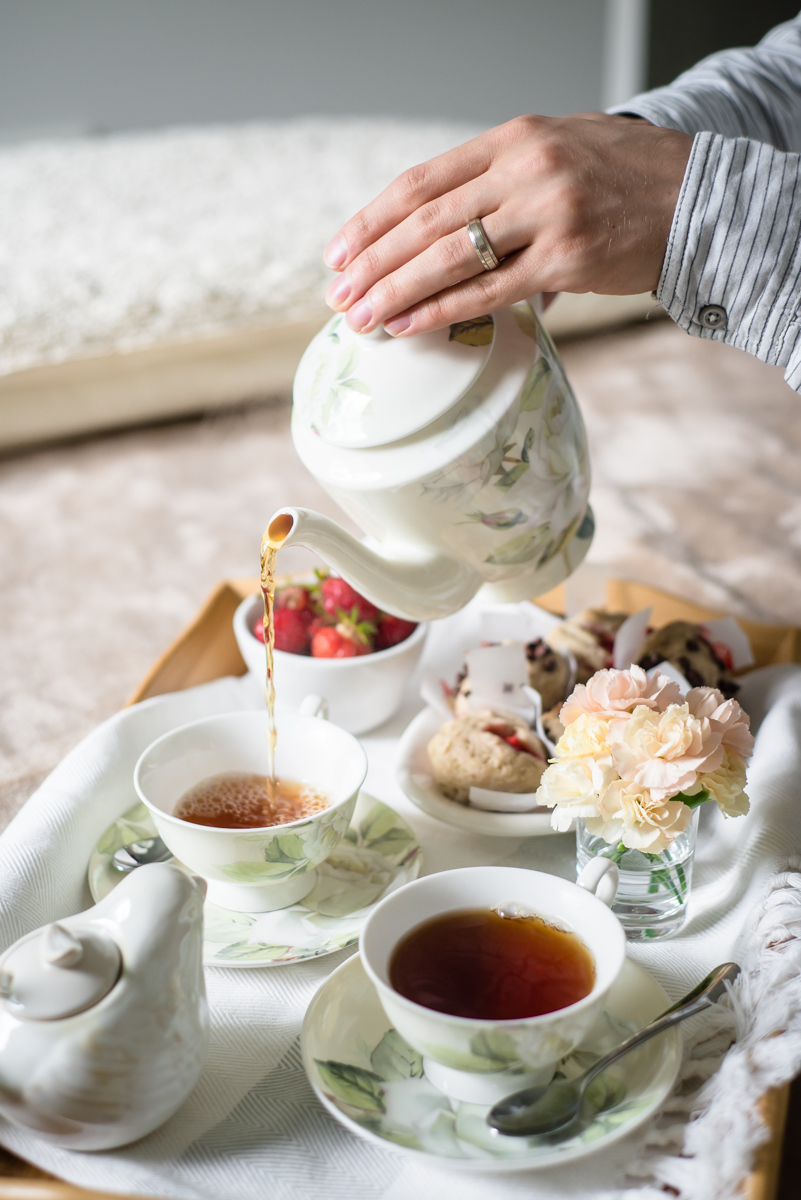 According to the statistics I read, about 85% of home buyers take out a 30-year mortgage. Looking ahead to thirty years from now, we’ll be approaching our sixties!

While it’s highly unlikely that we’ll live in our first home that long, it illustrates just how long it takes to pay off a 30-year mortgage!

Paying off our mortgage early would allow us to enjoy and employ those freed-up dollars long before we’re approaching our sixties, and we like the sound of that.

Neither Benj nor I have ever been in debt, so taking out a mortgage will be a first for us. As much as possible, we want to “owe no one anything”.

Debt, even on a mortgage, is not something we want to carry around for decades. Instead, we plan to be rid of it as quickly as possible! Freedom from financial obligation is important to us.

Owe no one anything, except to love each other, for the one who loves another has fulfilled the law. –Romans 13:8

The rich rules over the poor, and the borrower is the slave of the lender. –Proverbs 22:7 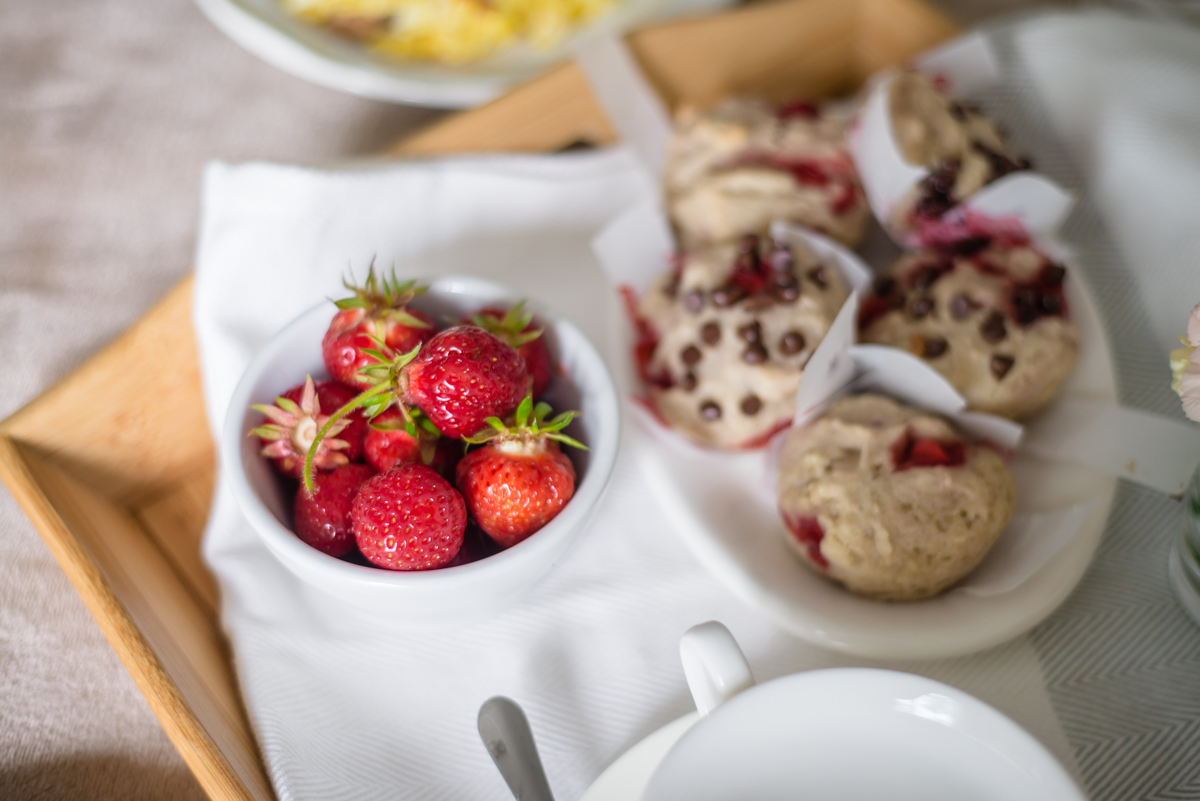 This is obvious, but while signing mortgage papers technically makes you the homeowner, you’re still obligated to repay the bank. Until the final penny of a mortgage is paid off, the home could still end up in foreclosure if the homeowner defaults.

We want the peace of mind that comes with not having to send in that monthly payment. I have a feeling Dave Ramsey is right about paid-off homes when he says, “The grass feels different under your feet!” Someday, we’ll let you know if that’s true!

6. We Have More Dreams

Benj and I have other dreams besides owning a debt-free home. Of course, some of those dreams can’t be bought. But others require a certain amount of financial freedom.

Traveling for extended periods of time to new places is something we hope to do someday! We’d love to be able to spend months at a time in different countries at some point. Norway, England, Italy, France, and New Zealand are currently at the top of our list. (Okay, so it’s a big list…)

The main trips we’re currently taking are to visit family. We’ve had the travel bug for years, but we’re saving expensive trips and vacations until after we’ve paid off our mortgage.

Additionally, we want to be able to give generously as the Lord leads. There are so many good causes to donate to, and so many people around the world who are in need! We believe that we are stewards of whatever the Lord blesses us with, and we want to share the love of Christ however we can.

While we’re still choosing to give as we’re able right now, having a debt-free home will allow us to give far more than we ever would have been able to otherwise. That’s incredibly exciting to think about!

Another thing that comes to mind is a future home. Someday, when we outgrow our starter home, we’ll want to upgrade to a house that better accommodates our needs. You get the idea. When our money isn’t tied up in housing costs, we’ll be free to use it in other ways! 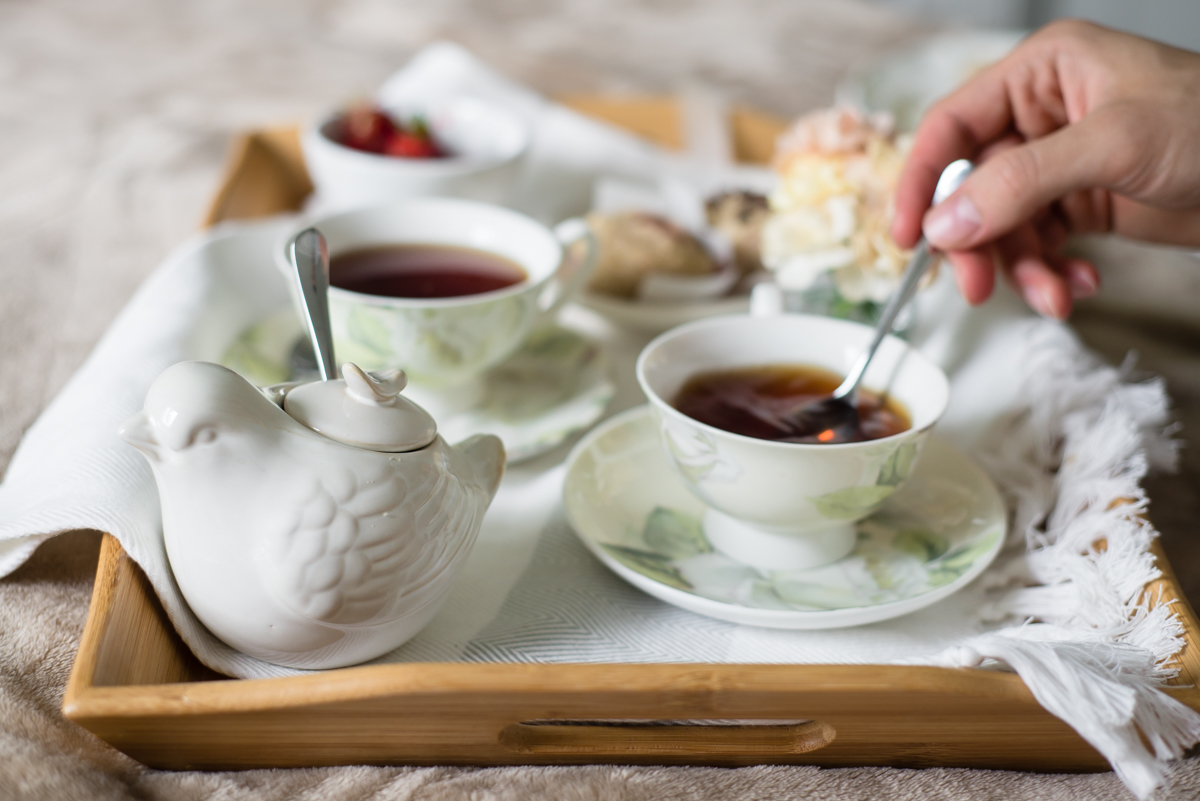 Our Path to a Debt-Free Home

Hopefully, this post gives you a good overview of why we have chosen this path. I realize that this is not for everyone—each family’s circumstances are different and require a unique approach!

However, I want to encourage those of you who are interested in pursuing debt-free home ownership. Even your biggest dreams are attainable when you chip away at them little by little!

Don’t give up, work hard, and keep your eye on the prize. Paying your home off early isn’t rocket science. It’s simply deferring current pleasure for a future reward!