Happy 1 Year Engagement Anniversary to Us 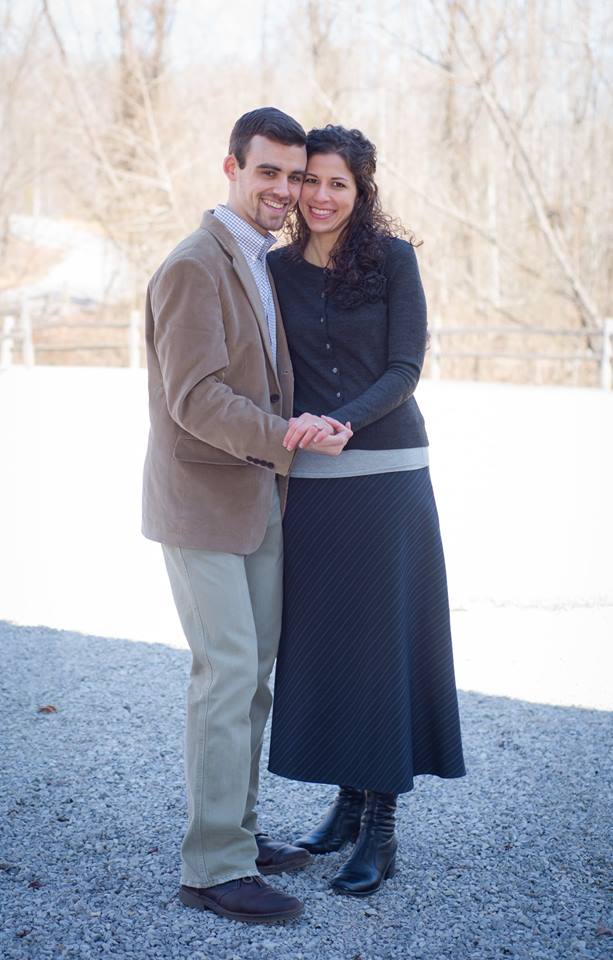 February 12th is a very special day for our little family. Today is our first engagement anniversary. Benj proposed one year ago today!

A little over a year ago, Benj had told me he’d planned to fly into Birmingham on February 13th, 2015. Naturally, I had assumed he was planning to propose on Valentine’s Day (the very next day). I knew he would be tired from his long day of travel. We had talked about getting married so often that I knew engagement was just around the corner.

This is what I journaled last year on February 13th:

Yesterday, the love of my life flew over 2,000 miles to surprise me at sunset, and on June 20th, I will become Mrs. Benjamin Berkompas!

The morning of Thursday, February 12th began like any other. Benj and I texted early in the morning like we always did; he had asked me to text him at 6:00am instead of our usual 5:00am because he’d be taking a red-eye flight that night to be here early the next morning.

There was nothing out of the ordinary about that, so I suspected that nothing was out of the ordinary. I knew Benj would be arriving early in Birmingham the next morning, where I would be waiting for him at the bottom of the escalator like I always did. With that in mind, I knew I had a busy day ahead of me. So I started on my mile-long to do list early and kept busy throughout the day.

Even though I didn’t hear much from Benj throughout the day, I just figured he’d been busy at work wrapping up things for his trip out here. He texted me at different intervals, and mentioned possibly not being able to respond in the afternoon because of meetings he’d be attending. There was nothing out of the ordinary about that either. So again, I suspected that nothing was out of the ordinary.

Completely oblivious my sweetheart’s plans, I thought that I had plans of my own for the evening helping out my friend Meghan with photography. What I didn’t know, is that she was in on the secret herself! So, the afternoon began to turn into evening. I wrapped up my work and got ready for the dinner party I thought I’d be helping photograph.

A Change of Plans

As the time to leave got closer, I received a convincing text from Meghan telling me that the secretary had pushed back the time back thirty minutes. I told her it was no problem and informed Mom, who was coming with me to run a few errands. What had really happened, was that Benj had gotten stuck in some traffic. He needed Meghan to buy him a little more time.

As 5:00 drew near, I gathered up my camera and paraphernalia, put on my boots, and began loading up the van. My mom mentioned that texts were coming through on my computer, which reminded me that I’d left my phone upstairs to charge.

I ran up to my room to grab it before we left and saw that I had a text from Benj. It read, “I think it’s going to be a nice sunset tonight… A little chilly, but nice. 🙂 Actually I’m sure of it.” I was thinking about how to respond to such a random, cryptic text, but I could only come up with, “It’s pretty golden outside!”

Unbeknownst to me, Benj was standing at the bottom of the hill behind our house holding up his iPad. He was trying to get a picture he’d just taken of the sun setting over the lake to send to me with the caption, “Wish you were here with me… ; )”. The signal wasn’t strong enough to send the picture, though. He realized he was running out of time since we were supposed to be leaving.

The Surprise of a Lifetime

Instead, he called me and asked if I wanted to watch the sunset with him by the lake, to which I replied, “Are you serious?!” At this point, I began choking up, ditched my phone, and began making my way down the hill in our backyard, half blinded by happy tears.

Through the empty branches, I could see Benj standing by the lake, looking dapper in his suit and waiting for me as I walked toward him with a hand covering my mouth, unsuccessfully trying to keep back the tears. He ran to meet me and caught me up in his arms until the tears subsided.

We walked over to the lake where we had spent hours talking, bird watching, taking photos together, watching sunsets, and making plans for the future. Benj took both of my hands in his and said some of the sweetest words I’ve ever heard. A moment later, he was down on one knee and tenderly asking if I would be his wife. I nodded and said yes without hesitation, and he slipped the most beautiful ring I’ve ever seen onto my finger!

Words cannot begin to express the joy I feel knowing that I am getting to marry my dearest friend and the man I love more than life itself. It’s been a long journey for us, but God has led us every step of the way.

Thankfully, He continues to do so. He is such a faithful God!

The Rest is History

Everyone in my family knows that I’m an incredibly difficult person to surprise or keep a secret from. I’m naturally very observant, so this surprise was no small feat. It was a wonderful evening for us all! My parents were even able to watch (and shed tears of joy, of course) from a distance on their balcony. Benj and I were totally oblivious of that at the time, though.

Directly after Benj proposed, we took a few photos together by the lake that held so many memories for us. In fact, the gift he gave me on our wedding day was a painting he did of one of those silhouette photos! Of course, it made me cry. 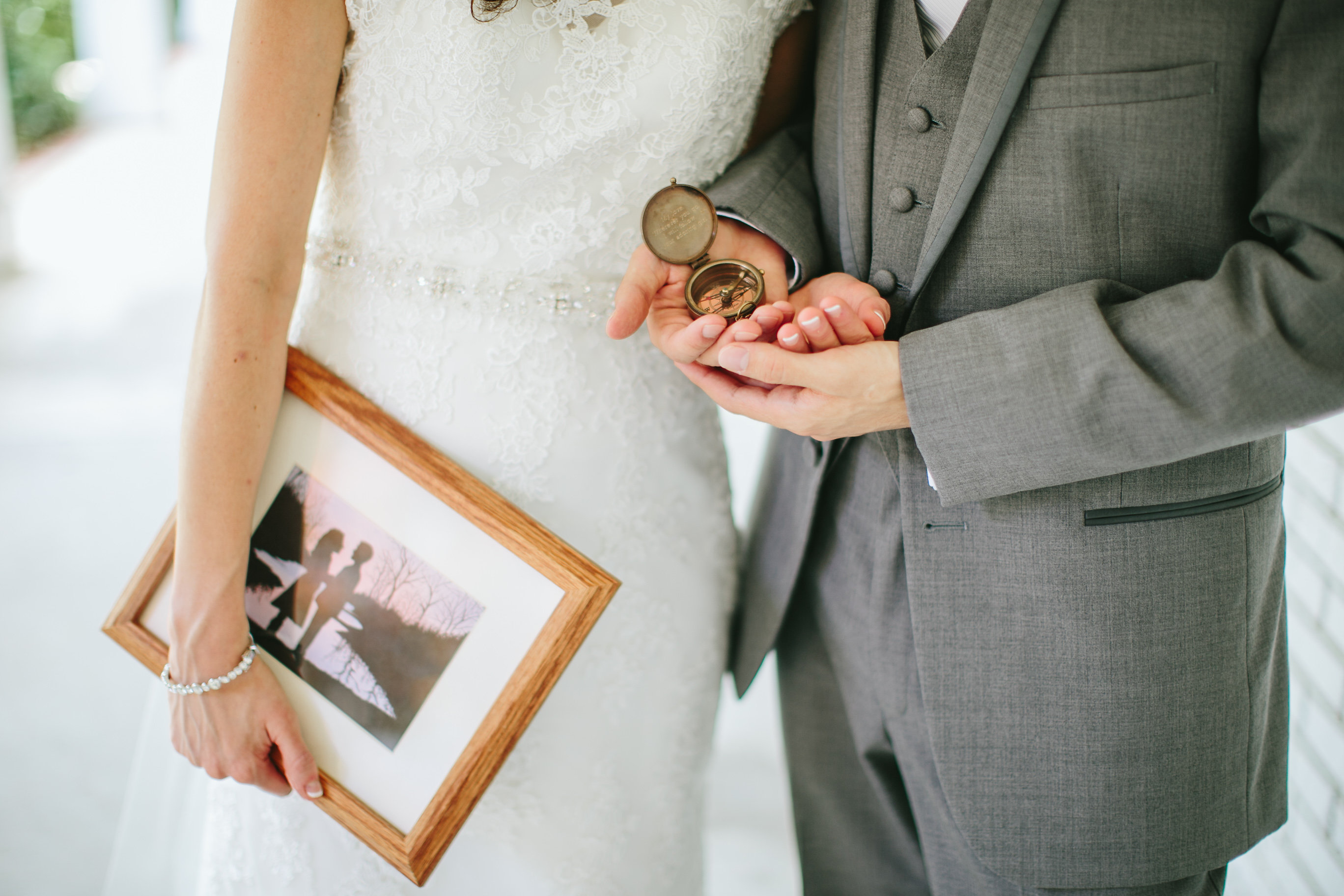 Afterward, we hopped into his rental car, and headed toward Frank Stitt’s Highlands Bar and Grill. Highlands is one of the most incredible restaurants in Birmingham.

Years ago, I randomly picked up Frank Stitt’s Southern Table while shopping at a used book sale in Florida. I had been dying to experience the food there ever since. Our dinner did not disappoint. Every bite was beyond incredible and left me thinking, “I have got to learn how to cook like this!”

All in all, it was a day I will never forget. Getting all dressed up and sharing that first meal with my brand new fiancé was so special in every way. We were both on Cloud 9. It’s an actual place, you know.

Tonight, we’re having Roasted Sage and Garlic Chicken with acorn squash and Brussels sprouts (Benj’s favorite!) for dinner. While it won’t be as jaw-droppingly delicious as that gourmet meal we shared a year ago, it will certainly be special in its own right. We’ve come such a long way in 12 short months.

Happy 1 Year Engagement Anniversary, babe! Saying, “Yes!” was the very best decision I ever made.

I’m more sure of that with each passing day.

The LORD has done great things for us. 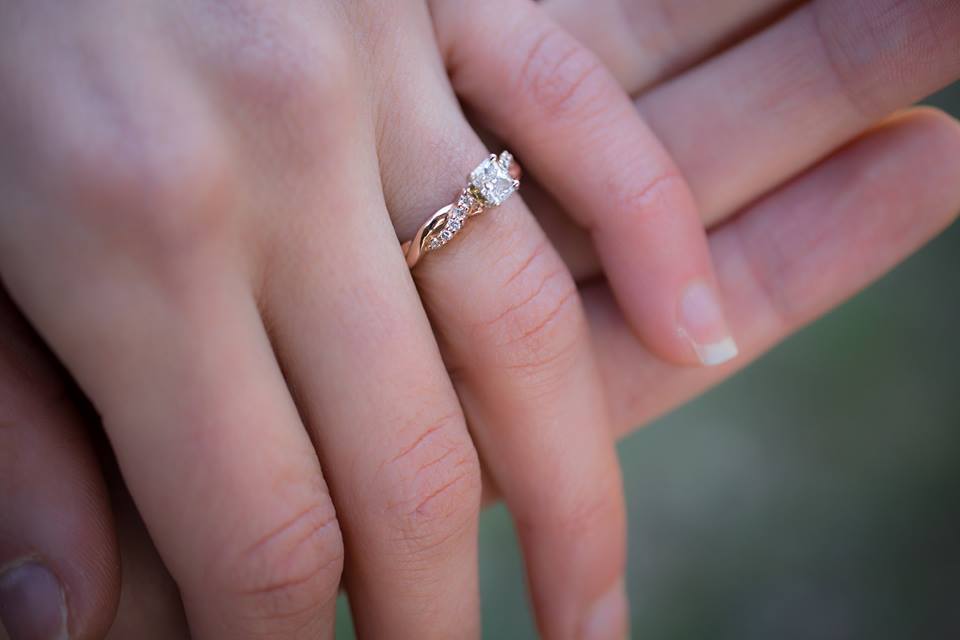